Last week we spoke with Rob Hanel, the People Manager at TentCraft. TentCraft builds custom tents and signs for companies, which typically get used at events as part of a branding strategy. They began as a small team inside of a larger company called Britten Studios (which does more general printing work) and after some success, the group spun off into a separate company.

Rob grew up in the Traverse city area and went to college in Michigan, then worked at a few different companies on the west coast. He was interested in returning to the area, but was concerned that a small company in a small town like Traverse City would have more limited resources. Eventually he found TentCraft, which offered everything he was looking for and the chance to return to his hometown. He has been working at TentCraft for a little less than a year and was happy to share some experiences about building a team there.

Build a process with your team

When Rob started at TentCraft, job postings for the new entity (outside of Britten Studios) had job titles, but not much in the way of job descriptions. Rob’s first change was to fix this by getting managers to take responsibility for outlining the different roles of their subordinates and what requirements each of those roles had. Then, job postings were built by combining this information with something that represents the TentCraft brand. This might just be a few sentences explaining TentCraft’s business and their focus on quality. Rob emphasized that while this process might take the hiring manager a few hours of upfront work (time that could have been spent serving clients), it is an investment that provides valuable returns with better future hires.

Doing a lot for a little

Rob and the team at TentCraft have been able to avoid paying for outside recruiters or expensive job boards, and have hired twenty people without spending a dime on these resources. They’ve been able to leverage the power of free job postings, outreach and employee referrals to maximum effect.

For candidate tracking, free resources don’t cut it, so TentCraft pays a monthly subscription to use an ATS (applicant tracking system). TentCraft uses uses JobScore, a popular ATS that we’ve mentioned on this blog before. This tool allows them to push job postings out to common free job boards (Indeed, etc.) and to gather applications from these different sites together in one place.

Rob also highlighted the benefits of an ATS for accountability. Rather than sending out emails to hiring managers and interviewers and not getting replies, through the ATS he can schedule interviews and assign tasks so everyone’s responsibilities are in one central location.

Rob told us he also spends a little time each day looking online for potential hires. As he searches, he tries to target his outreach to people with some ties to Traverse City, with the hope of identifying people that, like himself, might be interested in coming back. He referred to people returning to the area after some time spent working elsewhere as ‘boomerangs’.

Recently, personnel changes meant TentCraft needed to hire a technical person from outside the firm for the first time ever. While most hires are business, sales and product based, this role was unique in the company: the hire would be responsible for most (if not all) of the software development.

Rob posted the position on Indeed and LinkedIn with mixed results. On Indeed they received roughly 30 applications, but after filtering through resumes, decided only one was worth talking to. LinkedIn was better, with fewer applicants but higher ratio of qualified candidates.

Rob also tried highly localized job boards, like ‘The Ticker’ (a Traverse City online events and news page) and the TC New Tech job board (a monthly Traverse City technology meetup, with job board powered by TrueJob). There is an obvious trade-off when using these locally targeted boards: you are limiting your reach, but any applications you receive are probably from people that live locally, and in a small community like Traverse City, might even be people you know.

As applications come in, Rob and the team keep their eyes out for some key issues:

TentCraft has been able to attract great candidates while keeping costs extremely low by keeping their hiring in house and making great use of free tools. While this won’t be a good fit for some roles that have very specific requirements (like a software developer that will be the entire IT department for a small company), it can be very effective.

Looking forward, Rob pointed towards the interview process as the next place he’d like to make big improvements. He’s already spent time working with hiring managers to define roles and craft job descriptions, and as candidates come in, more time has to be spent coming up with and cataloging good interview questions for each role. That said, every part of the hiring process needs constant attention and improvement. A smooth and effective hiring process will pay dividends for every company.

TentCraft is currently hiring. You can view their open roles here: http://www.tentcraft.com/careers/

We've been hard at work making TrueJob the most valuable tool available for startup job seekers anywhere. Here's what's new: More Jobs TrueJob has 20x as many startup jobs as it did two 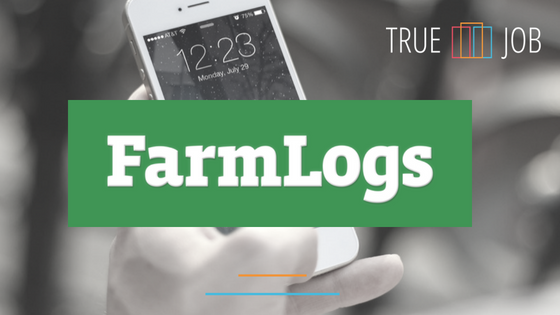 Last week we spoke with Kiersten Mutchnick, former Director of Talent and now VP of People Operations at FarmLogs, an Ann Arbor based startup that develops unique software to help farmers manage their